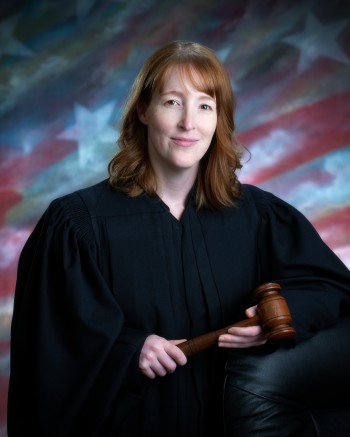 Judge Latecia E. Wiles was appointed by Governor Kasich as the first female judge of Wayne County’s Probate and Juvenile Court in April of 2012. Judge Latecia E. Wiles successfully retained the position after running in the 2012 general election and is working hard to offer more to the community.

Judge Latecia E. Wiles was born and raised on a farm in Wayne County. There she acquired a strong work ethic, which has served her well as judge. Judge Latecia E. Wiles worked her way through the College of Wooster where she received her undergraduate degree and went on to earn her law degree from the University of Akron.

The information contained on this web site is not legal advice, nor should it substitute for the assistance of a qualified attorney. Good legal assistance can speed up the court process and prevent costly legal errors.

Get more information on obtaining an attorney.